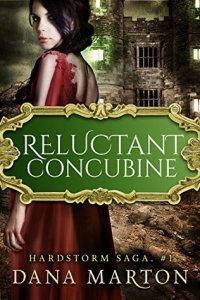 To escape punishment, Tera, a maiden healer sold to barbarians must hide the truth: she has not yet come into her healing powers. Born into a much gentler world, she struggles to survive in a land of savage warlords and their cruel concubines. When ancient prophecies begin to come to pass, can the healer-slave save the realm and awaken the High Lord’s heart?

For anyone who enjoyed the fantasy worlds of George Martin’s Game of Thrones, C.L. Wilson’s Lord of the Fading Lands, Elizabeth Vaughan’s Warprize, or the memorably crafted healer heroines in Jean Auel’s Clan of the Cave Bear and Diana Gabaldon’s Outlander series, THE THIRD SCROLL is the next epic adventure to get lost in. – Goodreads

I purchased this through Amazon because it was on-sale and I was in the mood for an epic-fantasy. I enjoyed Game of Thrones, Lord of the Fading Lands, Warprize AND Outlander, so I thought, hey…I’ll give this a shot.

I enjoyed it, though the beginning was very slow and somewhat uncomfortable to read. I was a little bit nervous about the direction it was going, but my fears quickly evaporated. It really reminded me of Warprize, which I loved.

The characters were crafted well. Tera was very complex, and I felt like I knew her very well by the end of the book—her fears, her wishes, her passions, her history. It’s been a while since I’ve read a story about such a complex character. I even liked Batumar, the big , scary warlord. He was very mysterious at the beginning, but by the end, I felt as if I knew him, too.

The worldbuilding was alright. It was very overwhelming during the first 20%, with tons of names, locations, and religions to keep in mind. Once I had those down, the book flowed smoothly.

I liked the prophecy bit, but found myself confused when it finally happened. It took some reading and rereading to finally go “ahhh, I get it”. Again, once I got it, I was very into the storyline and excited to see where things went.

I’ll admit, though, I started laughing uncontrollably when genitals were referred to as a “manpart” and a “secret cave”. Especially when Tera explains how she views the birds and the bees—basically the man leaves a seed in the secret cave, where it sprouts into a babe…who then grows too big to live in the secret cave and thus crawls out. That’s a terrifying image, isn’t it?

Overall, it was an enjoyable Friday/Saturday read. I did buy the second book in the series, as I’m interested in what happens. I would recommend to those who like romance and fantasy. I rated it 3/5 on Goodreads.