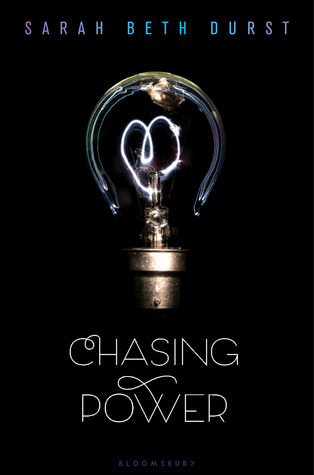 Sixteen-year-old Kayla plans to spend her summer hanging out on the beach in Santa Barbara and stealing whatever she wants, whenever she wants it. Born with the ability to move things with her mind — things like credit cards, diamond rings, and buttons on cash registers — she has become a master shoplifter. She steals to build up a safety net, enough money for her and her mom to be able to flee if her dad finds them again. Well, that, and the thrill of using her secret talents.

But her summer plans change when she’s caught stealing by a boy named Daniel — a boy who needs her help and is willing to blackmail her to get it. Daniel has a talent of his own. He can teleport, appearing anywhere in the world in an instant, but he lies as easily as he travels. Together, they embark on a quest to find and steal an ancient incantation, written on three indestructible stones and hidden millennia ago, all to rescue Daniel’s kidnapped mother. But Kayla has no idea that this rescue mission will lead back to her own family — and to betrayals that she may not be able to forgive… or survive. – Goodreads

So I have this issue where I only read what I’m in the mood to read – and my mood constantly changes. This is why I stopped putting in for Goodreads contests and getting books from Blogging for Books or similar sites – because if I’m in the mood for a certain book in a moment, getting it weeks later means it’s unlikely I’ll read it. This is why it took me until now to read a book I got for Christmas… almost a year people! That’s ridiculous. Anyway…

I was actually really surprised by Chasing Power. Like I said in that long-winded paragraph above – I bought it on impulse and once it arrived… I put it on my shelf, never to be picked up again. Obviously there was a reason I bought it, but when it comes to physical copies vs. Nook copies, I’m much more likely to pick up my Nook even though I have SO many physical books lying around. So I committed myself to getting by TBR pile as small as possible over a single long weekend – and I did it! I knocked out 4 books, and I’m so glad Chasing Power was one of them.

This story reminds me a lot of that old Hayden Christensen movie, Jumper. Daniel has basically the same powers as Hayden’s character did, so there was a huge similarity there. However, this story is completely different – Daniel is trying to save his mom and he needs Kayla’s help in order to do it. Kayla has a power I’ve never read about before, and the story itself was completely new as well. I love picking up books that aren’t the same old story with a “new spin” or whatever people try to do. The story line is so good and so intriguing! How they got their powers, how their parents are all involved, Kayla’s past, everything. It’s very, very attention grabbing because it’s so different.

I loved the world-building in this too – even though it’s set in our world, there was still a lot of details about where they were, the characters themselves, everything that went into it and made it such a good story. I love the way that Durst writes! My favorite stories and books are the ones that I feel like I’m there, I’m IN the story itself, living it with the characters – and that definitely was the case here. I love Kayla and her mom (despite her overprotectiveness and lying), Daniel drove me a bit mad but in the end, he was a good dude too. I love that there wasn’t a stupid love triangle, that Kayla’s best friend supported her 100%, and that whatever love did/didn’t develop (not giving anything away!) was not out of the blue or super quick.

Chasing Power is just all around a really good book and I ended up rating it 4/5 on Goodreads. I highly recommend it if you’re looking for a story that takes place in our world but has a little bit extra thrown in too.