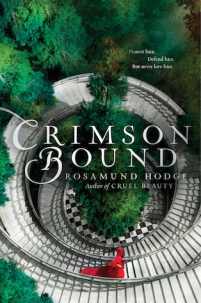 1. Shadow Study by Maria V. Snyder – So incredibly excited for this—it’s made multiple lists of ours! I’m definitely planning on setting aside a weekend to finish this—I know I won’t be able to put it down.

2. Untitled (Throne of Glass #4) by Sarah J. Maas – It wasn’t until I saw this on several people’s Top Ten Sequels list several weeks ago that I realized this was an actual thing. I love the first three, and this one will be no different.

3. A Court of Thorns and Roses by Sarah J. Maas – Again—I love the Throne of Glass series and all that Maas has to offer, so I will definitely be picking this one up!

4. The Orphan Queen by Jodi Meadows – She’s a princess, she’s magical, she’s a spy—basically, Princess Wilhelmina is a BAMF. I’ve never head of Jodi Meadows before, but I’m definitely anticipating this release.

6. First Frost by Sarah Addison Allen – the Waverly Sisters from Gardenspell are back and I AM SO EXCITED. It comes out in January, so I won’t have to wait very long for it.

7. Shadow Study by Maria V. Snyder – duh. If you’ve been reading my posts for the past month or so, you’ll know I’m completely addicted to the anything Maria V. Snyder writes. This is the beginning of a new series, the Soulfinder Series, but it continues Yelena’s story. Can’t wait to get my hands on this!

8. Saint Anything by Sarah Dessen – I love every single thing she writes, and according to her, this book is different from her usual. I’m very intrigued to see how it’s different.

9. Red Queen by Victoria Aveyard – this is a debut novel and I’m very curious to see how it’s written. It’s about a world that is divided by blood – common Red blood and elite Silver blood – and a girl named Mare who is a common thief thrown into the Silver court as a long-lost princess. It sounds very intriguing and different!

10. Wicked by Jennifer L. Armentrout – the first in the Wicked Saga, it’s about Ivy Morgan, a girl that lost everything to evil creatures and has sworn her life to the Order to hunt them down, and what happens after she meets Ren Owens, a handsome man that is demanding to lay claim to her heart and soul. It sounds like something I don’t normally read, but the cover really drew me in. Plus, it takes place in New Orleans so I’m pretty sure I have to read it!

Top Ten Tuesday is a weekly feature hosted by the Broke & the Bookish. Check out more Top Ten features on their site.